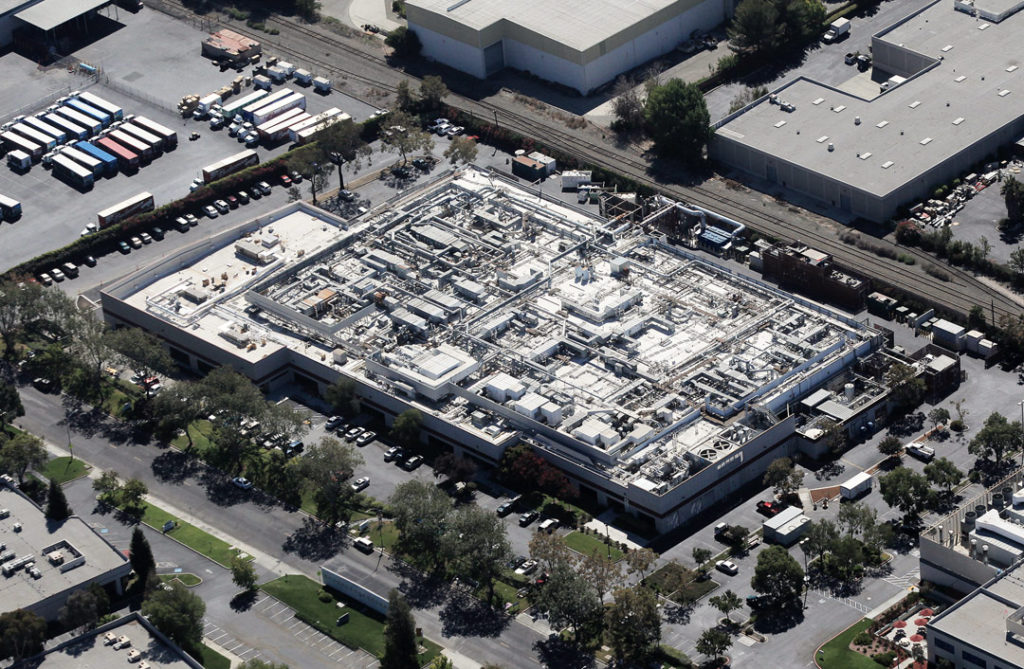 Continuous Improvement. When there’s a great deal of low-hanging fruit to gather, it’s an easy concept to embrace. But what happens when all the easy stuff is done and expectations for continuous improvement still exist? This has been the challenge for Senior Facility Manager Dan Burris and his team at the Silicon Valley headquarters of Headway Technologies, a TDK subsidiary.

Headway manufactures – in clean room fashion – aluminum titanium carbide wafers consisting of thousands of read/write heads used in computer hard drives. TDK sales of such devices account for about one-third of all such sales worldwide. The exacting standards for such fabrication necessitate that Class 100 clean rooms dominate the 115,000-square-foot Headway facility.

Their ISO-14001 registered quality system instills interest in continuous improvement. Accordingly, each year Headway and TDK management determine high-level goals and more specific objectives, including those related to energy-use reduction. Such goals are always based on the fabrication capacity requirements.

Beyond this driver, the fact that the Headway fabrication facility is in Silicon Valley puts inherent pressure on management to contain costs so that they can remain competitive in the worldwide manufacturing arena.

“For the last 5 years, we’ve had a year-over-year decrease in energy use as planned, but we had done so through all the low-hanging fruit such as lighting and high-efficiency motors on the HVAC equipment,” Burris said. “When we reached the extent of our internal knowledge, we had to look to external sources for skill sets we did not have internally. Specifically, we needed to evaluate our entire mechanical systems and to optimize their performance.”

“Dan certainly put the fear of God in us as he explained the demands of the project,” Pong said. “We needed to achieve a 10 percent reduction in energy usage and do so without disrupting the fabrication process. ‘Thou shalt not hurt the fab,’ is Dan’s cardinal rule.”

He is referencing several characteristics peculiar to the project. First, Headway is a 24/7/365 operation. Second, each of their clean rooms contains dozens of tools or production machines churning out the wafers through 1,000 distinct fabrication steps and cycle times from 8 to 12 weeks per product. Third, these tools depend on the building’s mechanical systems for their operation. Fourth, this fabrication requires unyielding standards for temperature and humidity control. The environment must be maintained at 68° F +/- 1° and 45 percent relative humidity +/- 2.5 percent.

Any deviation from these standards can cause a shutdown and affect multiple layers of the wafer and millions of dollars in losses. Just 30 minutes of out-of-spec humidity can erase 4 to 5 hours of production – and it grows exponentially from there.

Pong’s first task in preparing for the project was to conduct a deep energy audit.

“A base audit had been completed by a previous contractor,” Pong said. “But we had to go deep to full ASHRAE standards, and do so over a period of two months, in order to put together the required profiles and go back to Dan with our proposal.”

That proposal, in essence a performance contract, called for a savings of 4.8 million kilowatt hours of electricity per year and 324,000 therms of gas per year with a 1.5-year payback.

It would not be easily accomplished.

“Our incremental growth over the last 20 years had led to a bunch of equipment that’s not in harmony or efficient as a whole,” said Burris. “We had dissimilar pipe pressures and pipe diameters. We had four different mechanical yards, each with chillers and towers. We needed a way to look at this intelligently and make comprehensive decisions versus discrete ones.”

That sort of system-level thinking was exactly the team at Comfort International brought to the table.

“We modified the design and operations of the facility by creating an entirely new way to utilize the existing primary equipment,” Pong said.

“Alan did take a different approach,” Burris adds. “While we had vetted another contractor for this project, their proposal was lacking in that they really didn’t understand our constraints or take a comprehensive approach that we wanted. By the time we pulled out from their proposal all that wouldn’t work for us, the ROI became unacceptable.”

“Alan, on the other hand, illustrated a complete understanding of our facility and our needs through his energy audit and resulting profiles,” Burris said. “He then applied a creative control approach.”

The project revolved around the facility’s air handling units. There are 20 standard and 52 re-circulating AHUs on site used for both supply air and re-circulating air purposes.

“In particular, the re-circulating AHUs were oversized and had crude dampers,” Pong said. “We needed better control to achieve the promised results.”

To lay the foundation for this control, Pong’s team added Toshiba variable frequency drives of varying capacities – 30, 20, 15, 10, and 7.5 horsepower. Comfort International also replaced 22 damper assemblies with highly controllable ones. VFDs were also added to other rooftop units and water pumps.

With this foundation in place, Comfort International added numerous precision sensors to the clean rooms and outfitted each AHU/VFD pair with BACnet® building controllers from KMC Controls. The high resolution of A-to-D conversion on the inputs of the controllers was needed to properly manage the highly accurate sensor data.

Beyond equipment, real energy savings were realized with a change to the control logic.

“We had been conditioning 100 percent of the air, supply air and re-circulated air,” Burris said. “A given clean room here uses the AHUs to make 10 air changes per hour at 90 ft/min. Outside air must be heavily conditioned before it reaches the HEPA filters and flow modules. Alan’s idea was to only condition the initial supply air and any make-up air. If we consider the total or 100 percent of supply air in circulation at any given time, we realize that some is lost through the production tool exhaust and some through the occasional open door to the clean rooms.”

“In reality, of 100 percent to start, only 70 percent makes it back for recirculation,” Burris continued. “Alan’s stroke of brilliance was that 70 percent of the air was already conditioned. It may have acquired only some latent heat load along the way. It could be brought back into spec with only minimal intervention. So, the focus then shifted to the 30 percent of make-up air.”

Beyond these air-related measures, the facility and contractor team had to look at water usage and its conditioning. The facility uses chilled water, hot water, and steam for domestic and production purposes. Here, VFDs were also added to appropriate motors and valve changes were introduced for greater controllability.

“For the chillers, we raised the water temperature to optimize the strategy for the best combination for the supply cooling load,” said Pong. “We also staged the chillers to maintain proper flow to the production tools. For boilers, we saw that they had been set to maintain a constant PSI. Through new sensors and controllers, we changed this strategy to achieve the target PSI only when needed. But we always had enough capacity in standby mode to accommodate production needs.”

What results have been achieved thanks to these measures?

“ROI occurred in 10 months,” said Burris. “On the electrical side, we went from a continuous demand of 5.4 megawatts to 4.7 megawatts. In fact, we’ve seen it as low as 4.4 megawatts. That’s enough to power 128 homes per year and easily surpasses our 10 percent reduction goal. It also represents a direct costs savings of over $800,000.”

With regards to gas, Burris’ team was disappointed to learn that a key gas meter had failed, giving them good data only after it had been replaced after project completion. Comparative data from before the project is not available.

“However, I can say that we went from a total of ten operating boilers for hot water and steam production to only five in operation today,” Burris said. “That’s a 50 percent reduction in these big users of gas.”

As a direct result of these energy savings, Headway Technologies/TDK was rewarded with a handsome rebate check for over $633,500 by Pacific Gas & Electric. This award was presented in a special ceremony at Headway headquarters. It was noted as being the largest of such rebates given within Silicon Valley.

At the same award ceremony, the mayor of Milpitas, Jose Esteves, presented a certificate to the Headway staff recognizing their contributions to global CO2 reductions.

The efforts of the Headway Technologies facility staff have not gone unnoticed within the TDK family. Representatives of Headway’s sister plant in Japan, also responsible for the same product line, are planning a visit to Silicon Valley to see if some of the lessons learned and results achieved could be applied there.

Such are the possibilities when vision and planning for continuous improvement meet technical creativity and competence.