But how is it these systems control with such precision, leading to these benefits? One key component is the PID Loop.

A PID loop is a control strategy used in many types of process control systems. PID stands for proportional, integral and derivative. In building automation systems, PID loops are used to maintain precise control of temperature, pressure, flow, or any other physical property within the system. A PID loop, also referred to as a control loop, consists of physical components, such as sensors, dampers, valves, and a loop controller. In BACnet devices, the loop controller takes the form of a loop object within a BACnet controller.

For an example, let’s look at a BACnet control loop that is typically found in a fan coil unit. In this loop, zone temperature is controlled with a valve that is opened or closed to change water flow through a coil. Air flowing through the coil is warmed or cooled to raise or lower the temperature in the room or zone. 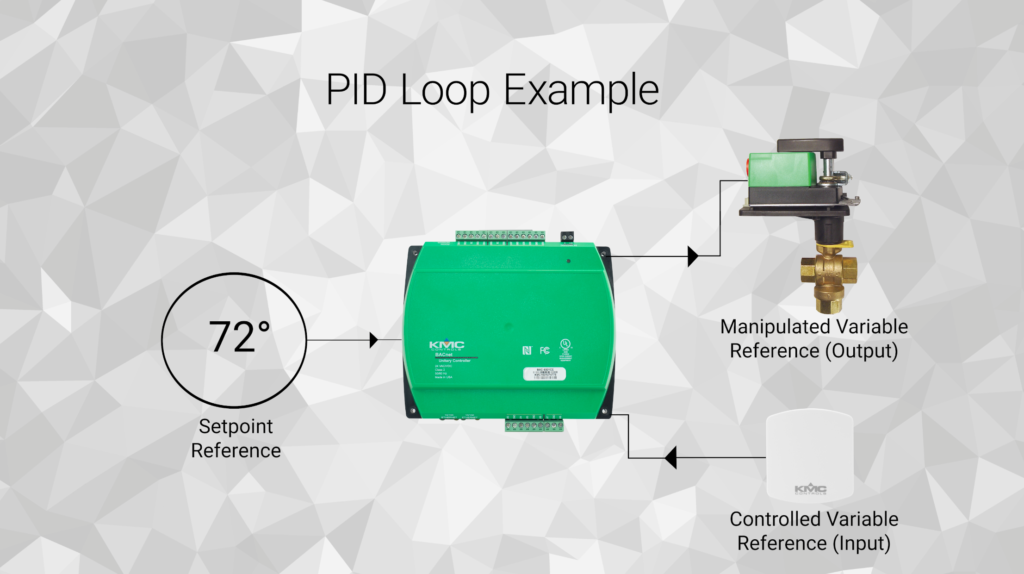 Now that we know what pieces are involved in our control loop, let’s break down the four-step process running inside the control loop.

The loop maintains control of either a flow, pressure or temperature by the following:

The four steps of sensing, comparing, responding and adjusting continuously operate in the PID loop. Loops are more efficient and, if used correctly, will automate control of heating and cooling zones with a high degree of accuracy.

This is just the surface of how PID loops work. To see more in-depth information on PID loops check out our PID Loop webinar here.